And So I Watch You From Afar (Session #2) - Audiotree Live

by And So I Watch You From Afar 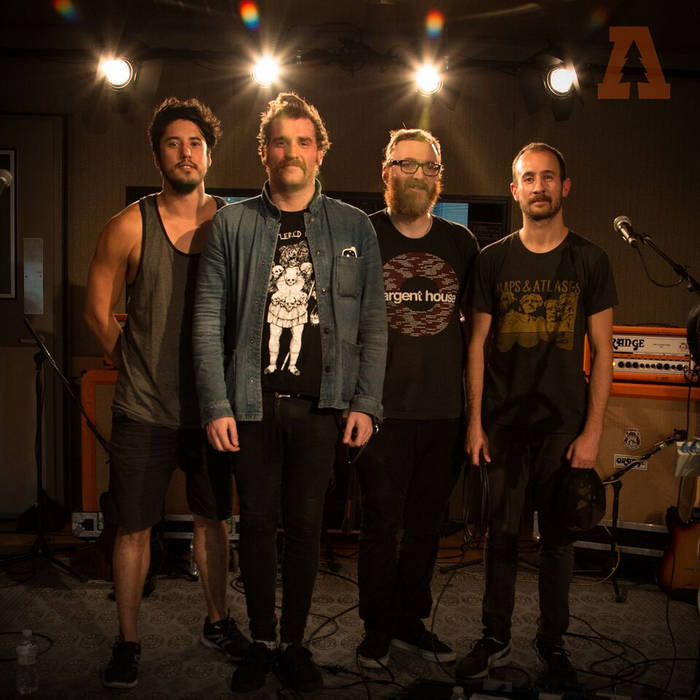 And So I Watch You From Afar, abbreviated ASIWYFA, is a rad math rock band from Northern Ireland who are signed to Los Angeles record label Sargent House. Sargent House is a label known for experimentation, preferring creativity over marketability but often manage to find both. ASIWYFA is the poster-child of this synthesis, writing inventive and aggressive metal that upends expectations with repeat listens.

The decade-old quartet are stunning live performers whose energy flows from the stage; they sync together massive pedalboards with individual components ranging from layered delay to sharp, mechanical tones to alien-like wailing. Guitarists Friers and Kennedy flail methodically to crunchy breakdowns while Adger's content stoicism grounds their chaotic precision. Chris Wee is the band's conductor, wielding drum sticks like signal flags to transition between varying rhythm changes and levels of intensity. ASIWYFA's newest release, "Heirs" is the culmination of this clear relationship.

"Heirs" is an honest, natural progression from 2013's "All Hail Bright Futures." It showcases the band's ability to write energetic, mathematical, and instrumental rock that is endlessly melodic. They have an ear for playful melody, highlighting 'singalongs" within their off-kilter brand of chaotic, heavily rhythmic metal. "Heirs" sees the band channeling their entire past discography. It flows from optimistic, heavy chugging to contemplative, ethereal bridges to joyous, anthemic chants. On tracks like "These Secret Things I Know," ASIWYFA includes full vocal lines, peppering in their Gaelic-inspired gang vocals throughout. And So I Watch You From Afar is truly a progressive metal band unlike any other.

Watch them perform new tracks and a couple of old favorites on Audiotree Live.

If you like And So I Watch You From Afar (Session #2) - Audiotree Live, you may also like: