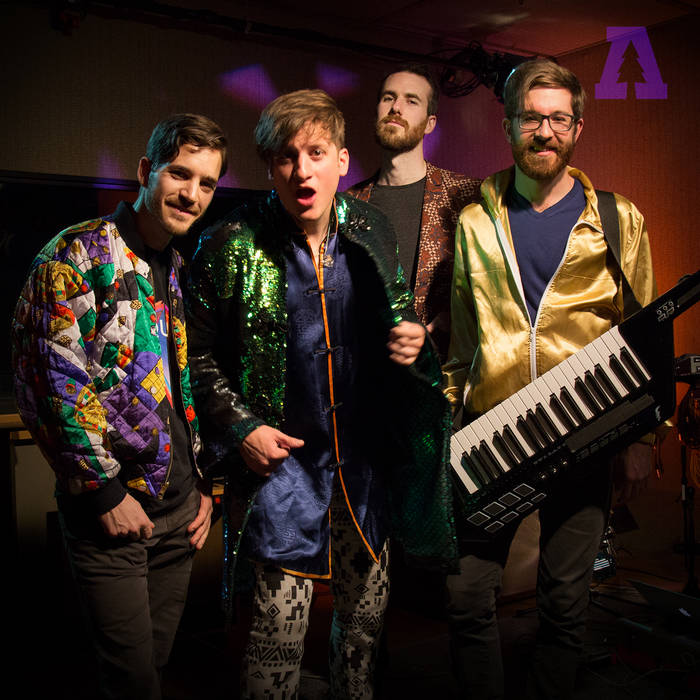 Great Good Fine OK (abbreviated GGFO) is an indie pop/electronic band founded in 2013 by lead singer Jon Sandler and keyboard player/arranger Luke Moellman. Sandler is a flamboyant, energetic performer who has a massive collection of shiny kimonos that cover a wide array of colors, textures and amounts of glimmer. They grip the audience in their cosmic, funky show, inviting fans to stomp their feet and sing along.

They began in complete anonymity with the goal of letting their 80's inspired music speak for itself. The four song EP, "Body Diamond," was released in 2013, and the track, "You're the One For Me," put them on the map, making HypeMachine's #1 twice in one month. In spring of that same year GGFO signed to Neon Gold/Epic Records and began a slew of theatrical performances over the next few years. In 2015, DJ duo the Chainsmokers released, "Let You Go," which was co-written by GGFO and premiered in Billboard. It was later remixed by DJ Tiesto and A-Trak. They released the single, "Take It Or Leave It," later that same year and garnered one million hits on Spotify and 200,000 on Soundcloud in a single month. The band has gained a lot of hype and attention for their danceable tracks and buoyant personalities. In three years they have gone from complete anonymity to club headliners with potential for even more growth.